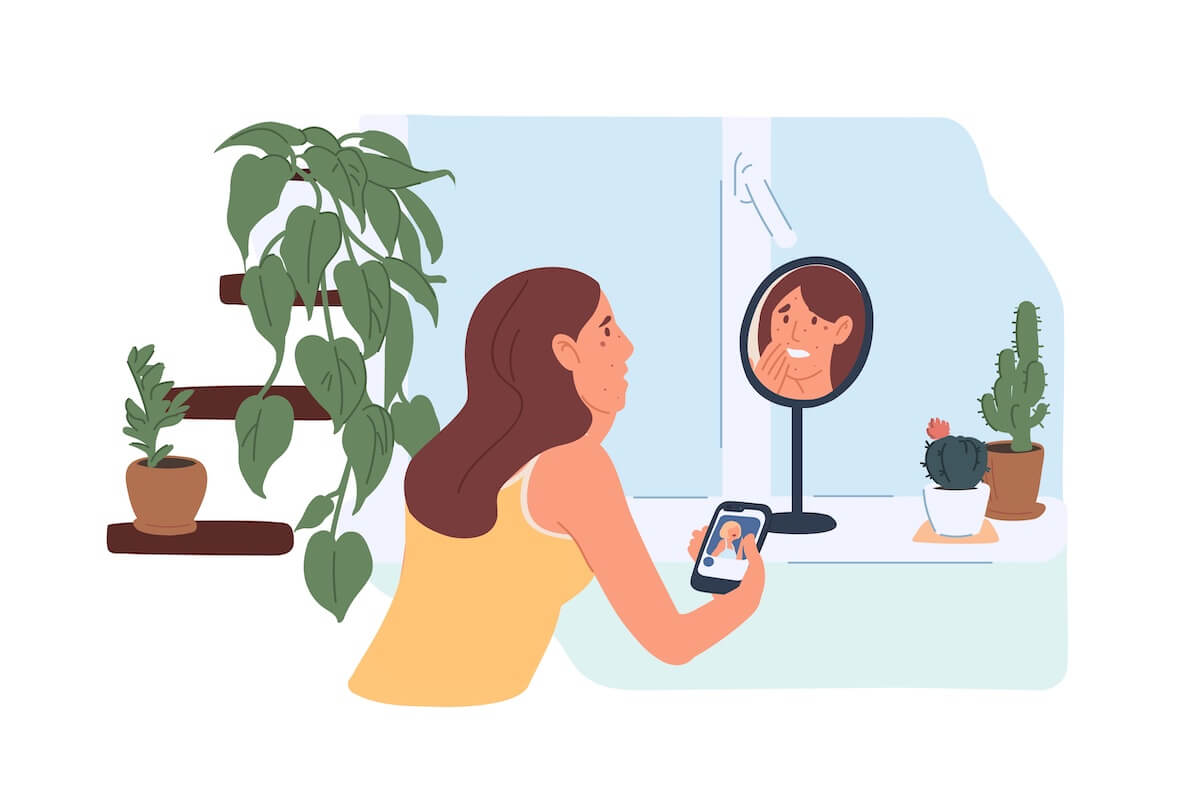 In recent years, social media has played an increasingly prominent role in our day-to-day lives. Whether you’re a business owner, an Olympic athlete, or a high school student, you’ve likely dabbled with at least one social media platform like Instagram, Twitter or TikTok in the past. The pressing question — especially since the pandemic hit and people spent more time scrolling than ever before — is how does social media really impact our mental health?

Social Media Use Continues to Skyrocket

As of January of this year, there were 3.96 billion users across all social media platforms, and the average user is active on at least seven different platforms each month. What’s more, a whopping 58% of people worldwide are social media users today, spending an average of two hours and 27 minutes on their favorite platforms each day.

Among social media platforms, the fastest-growing by far is TikTok: the app is expected to reach 1.5 billion users by the end of 2022, up from 1.2 billion in 2021, and about eight new users join every second. The video-based app features user-generated content focusing on a variety of topics from animals to cute babies to mental health — a tag which has about 30 billion views so far.

Social media users struggling with mental health challenges have found solace in the TikTok community, turning to other users who are grappling with similar issues, or even professionals who are using their platform to share bite-sized pieces of advice for free. While some social media users may find comfort, advice and a strong sense of community, which they may not have access to in the real world (so to speak), some experts have suggested the harms may outweigh any positive benefits.

Studies have linked high levels of social media use to more symptoms of depression and anxiety, or a higher risk of mental health issues. By activating dopamine, the chemical in our brain that’s associated with reward and pleasure, most social media platforms are designed to keep your brain addicted to them, just as you might become addicted to the unpredictable rewards you’d find at the slot machines in Vegas.

The more we pull that slot machine lever, the more our brains will come to expect those intermittent hits of dopamine, which could ultimately make “real life” feel unstimulating and well, pretty boring. The methods social media companies use to keep you coming back for more and the way these platforms interact with our brain chemicals were thoroughly explained in the recent documentary The Social Dilemma.

Is Social Media a Blessing or a Curse for Mental Health?

Given the concerns that have been raised surrounding the impacts social media can have on mental health for youth and adults, is turning to TikTok really the best course of action for troubled teens and young adults hoping to feel better, or will it only compound the problem?

According to Vera Cheng, a licensed social worker and therapist based in Toronto, the answer isn’t always so cut-and-dry. She believes that social media does come with its benefits, but that it depends on how we engage with platforms like Instagram and TikTok.

“Social media can be an effective tool for creating awareness and providing an educational platform for mental health,” she says. “For some people, especially introverts, social media is a great platform for facilitating conversations with like-minded people and building friendships.”

Cheng also noted that for people who are introverted or otherwise not comfortable reaching out for help, social media can offer a bridge to helpful mental health resources.

“With health services available online, social media provides a safe space for everyone to ask questions and access mental health resources,” Cheng says. “It has introduced different methods of communication and information sharing to normalize conversations about mental health for those who are seeking support.”

However, we know that social media also has its downsides. Cheng notes that aside from providing a platform for cyberbullying, social media apps can compound mental health concerns. 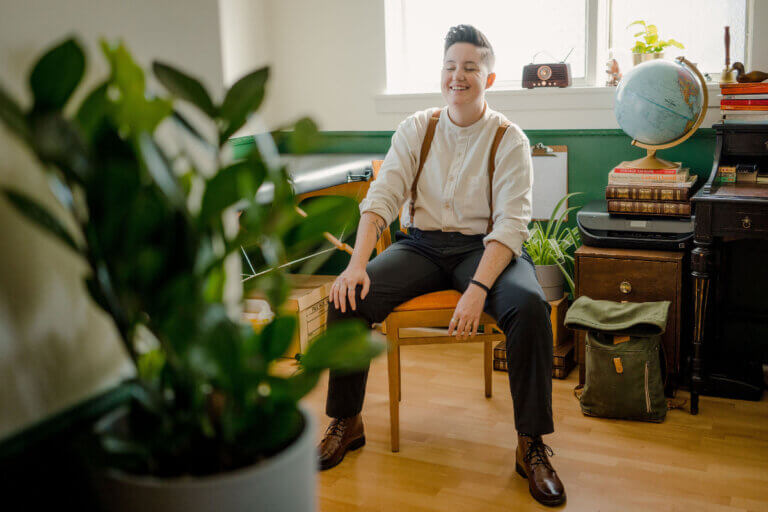 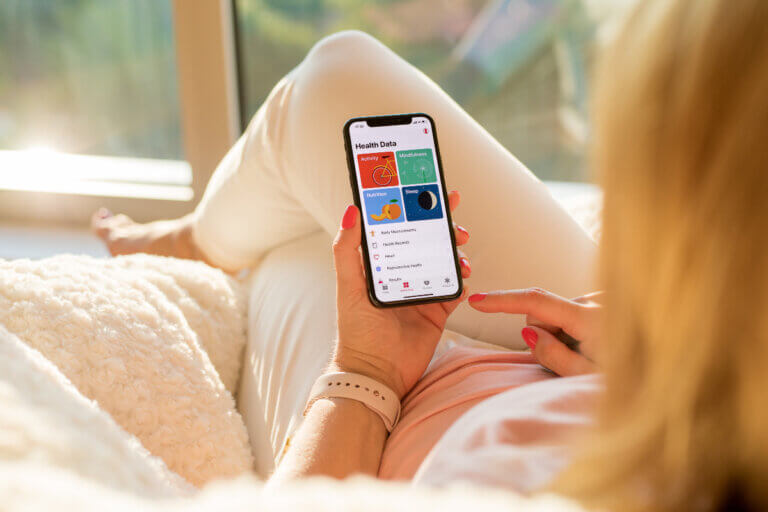 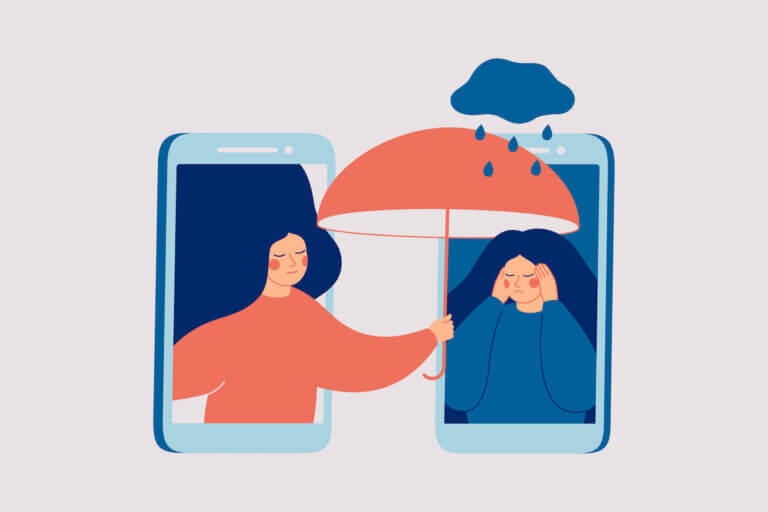 Coping With Mental Health Concerns as the Pandemic Stretches On

“There are different impacts on mental health from social media, especially depending on who you are following,” Cheng says. “Research has shown that more social media usage can lead to low quality of sleep, which contributes to depression, anxiety and feelings of isolation.”

Another common concern associated with platforms like TikTok and Instagram is that these apps tend to result in comparison, especially when it comes to body image. This can directly result in lower self-esteem, an important determinant of personal health, which is linked to higher levels of social anxiety.

“When you post a picture and you don’t receive many likes or comments, you might feel disappointed and invalidated,” Cheng says. “You may compare yourself to others who post, or experience the fear of missing out (FOMO), when it comes to missing out on messages, inside jokes or other information that connects you to your peers.”

Social Media Is a ‘Highlight Reel, Not Reality’

Sophie Gray is the influencer and entrepreneur behind DiveThru, an app that helps people take charge of their own mental health through tools like a feeling tracker, interactive courses, mindfulness exercises and other resources led by experienced mental health professionals. After experiencing her own struggles with social media, comparison and body image, Gray knew she needed to re-evaluate her own usage and develop a resource that would help others do the same.

“I was part of the fitness space at first, so it was a time when it was all about ‘fitspo,’ ‘thinspo,’ working out and showing bikini photos online,” Gray says. “And for me, even though I was incredibly fit and active, I was still scrolling social media myself and saying, ‘I don’t look like that, my stomach definition isn’t like that.’ Then I would feel bad about myself so I would work out harder and eat less, then I would post these photos and it became a vicious cycle.”

She quickly found herself stuck in the comparison trap, joining in on the glorification of hustle culture and pushing past her limits to achieve aesthetic perfection. But after reaching a breaking point in the form of a severe panic attack, Gray had an awakening that helped her realize that no amount of social media fame, glory or chiseled abs would ever be worth sacrificing her mental health.

“The impacts of social media platforms on mental health comes down to the ability to constantly compare, see the best of people’s lives, their highlight reels, and then look at your own life and feel like it doesn’t measure up,” Gray says. “This is one of main reasons it has a negative impact on our collective mental health and especially the youth who may not yet have the reasoning skills to help them discern that it’s a highlight reel, not reality.”

The Positive Aspects of Social Media

Despite these negative impacts, Gray believes that social media can also be an incredible way to give voice to marginalized communities who may not be represented in the mainstream media. There’s strength in numbers, so creating a safe space for people to speak their truth is one of the positive aspects of social media.

For Gray, it’s all about finding the middle ground of intentional social media use without losing your grip on reality. She believes social media is here to stay whether we like it or not, so it’s important that we find healthy ways of engaging with it, both as individuals and as a collective.

“It always comes down to setting boundaries around social media,” Gray says. “Set aside intentional time to mindfully scroll and heavily curate your following list to only include people who you love and who inspire you.”

For parents, Gray suggests engaging with the same apps and platforms your children are using so you can be aware of the kind of content they’re engaging with and put yourself in their shoes. Help them develop healthier habits around social media through productive conversations about what is and isn’t safe.

“Use other people’s posts as inspiration rather than comparison,” Cheng says. “Set intentions before going on social, then make sure you sign off when you’re finished. Put your mental health first.”