In 2020, climate activist Xiye Bastida released a video with TEDEd about imagining the future. In the video, she reimagines the future for viewers and how we could change the world.

Bastida explores the possibility of huge reductions in individual transportation and increasing public, electric transportation, solar panels on all buildings, restored sea life and regenerative agriculture. Bastida says that all of this is “possible now, just with the technology that’s available today.”

If the Technology Exists, Why Can’t We Change the World?

If technology exists and we understand what some of our biggest issues are, why is there pushback against some of these ideas and uses of technology? Let’s take a look at some of the biggest problems facing our ability to imagine a different future and change the world, and how we can solve them.

1.  We Struggle with Imagining Things We Don’t Already Know

We use our past experiences and their cultural surroundings to help imagine and determine our future. This means that when imagining the future, it can be very difficult to think of something that deviates too much from your experience or the experience of those around you.

According to this article in The Atlantic, “Your accumulated experiences — and your cultural life script — are the only building blocks you have to construct a vision of the future. This can make it hard to expect the unexpected, and it means people often expect the future to be more like the past, or the present, than it will be.” We like some measure of certainty, even if that certainty isn’t necessarily in our best interests or if it’s actively harming us.

Learning more about the world around us can make us more aware of possible solutions and ideas on how to change the world. North Americans tend to operate within an assumption that we have “the best” education, systems, ideas, etc., which often means we’re unaware of what’s happening outside of our communities or borders.

Even if other ideas or solutions are not ones that can be implemented directly into our own communities, seeing the breadth of ways that people problem solve due to their environment or needs can give us different perspectives and allow us to dream bigger. A lot of the changes Bastida talks about in her video may be scary for people because they’re so far removed from their lived experience and pose great uncertainty or disruption to their current lives.

2.  The World Is Not Homogenous

Despite living in a globally connected world, our cultures and experiences are still so varied that what works in one place won’t work in another, whether due to population density, the cost of infrastructure and upkeep or the values and beliefs of a population.

Some places will adapt to change more quickly than others because access to technology and infrastructure is easier and less expensive to obtain. This is true within countries themselves: what will work for residents of a loosely populated state or province will not work for those who live in densely populated cities.

We need to accept that different solutions to change the world will be required across different areas, even if those areas are within our own countries or provinces and states. We often have the mentality that decisions or changes must happen across an entire population but that’s not true. Instead of broad strokes, we can come up with individualized solutions for various parts of our cities, provinces, states or countries that meet specific needs within those areas. 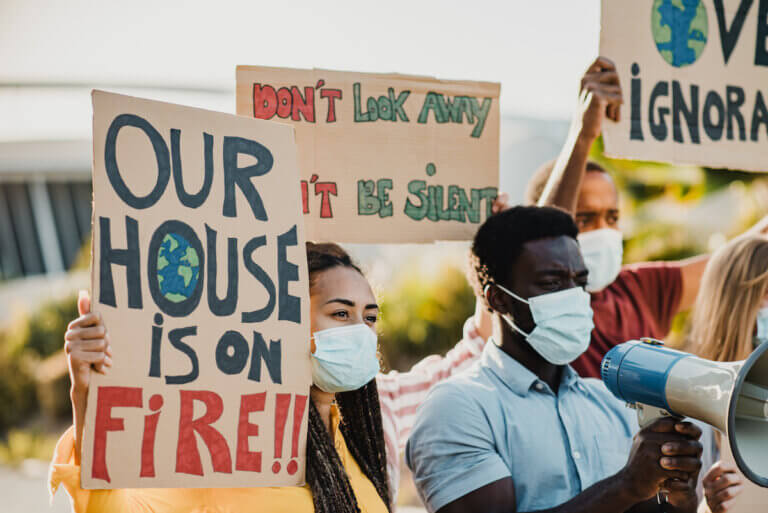 Changing our focus from fairness to equity will allow us to prioritize what is necessary to deal with immediately, versus what can be revisited at a later date. For example, Indigenous communities across Canada still don’t have access to clean water, even though it would cost a fraction of the price of the ever more expensive Trans Mountain pipeline. By looking at individualized solutions for where we live, collectively we can change the world.

3. Our Cities Are Too Large

Many of us have probably been part of a group in charge of making decisions for a larger group. It’s not an easy undertaking: there are always a few people who end up being left behind or unhappy. The same is true as our cities and communities get larger and larger.

Decisions are made that either appease a few wealthy and powerful individuals, that will ensure that elected officials keep their seat, or that satisfy the loudest group, even if the decisions themselves have negative long-term effects.

According to the UN, there are more than 40 cities that have populations of over a million people. A governing body making decisions for 1 million people means there will always be those left behind, for a variety of reasons.

Rather than taking for granted that the way we govern is the only way, we could explore other options to change the world. Instead of one City Council presiding over a whole city, we could have individual councils governing smaller groups of people to make decisions concerning that area and collaborate together to meet similar needs across different groups.

Voter Turnout Could Improve With This Model

This form of governance may also encourage higher voter turnout. In Canada, the average voter turnout since 1867 has been about 70%, though that has fallen in the last two decades. In the US, voter turnout hasn’t been higher than 60% since the 1980s, and trails most other developed countries.

Voting averages for the European Union have also been in steady decline. If people feel more connected to the decisions happening in their communities, they may be more inclined to participate and be a part of making decisions, offering ideas and solutions and working together.

How to Carve a New Future and Change the World

As we try to figure out how to carve out a new future, we can’t rely on technology alone. We must blend our past with our present to create a new future and change the world. Maybe we don’t need to reimagine the wheel, we just need to update the spokes on it. The common threads through many of these issues is miscommunication, a distance in community and a focus on individuality.

The pressure of climate change and political unrest feels ever mounting, but many of these solutions require us to go back to things that may feel quaint and old fashioned: getting to know our neighbors, working towards long-term outcomes versus instant solutions and being able to collaborate and pull together rather than focusing on “us vs. them” mentalities.

These actions may not feel like enough in the face of large-scale change that needs to happen, but going back to basics and building strong, community foundations will pave the way for implementing the new technologies that can propel us into a reimagined future – and change the world for the better.

“Anything we ever achieved, started with someone imagining it first,” Xiye Bastida says in the TedEd video. “This is the decade to make this imagined future happen.”