The Breath Alchemist: Christopher August’s Journey to a New Life 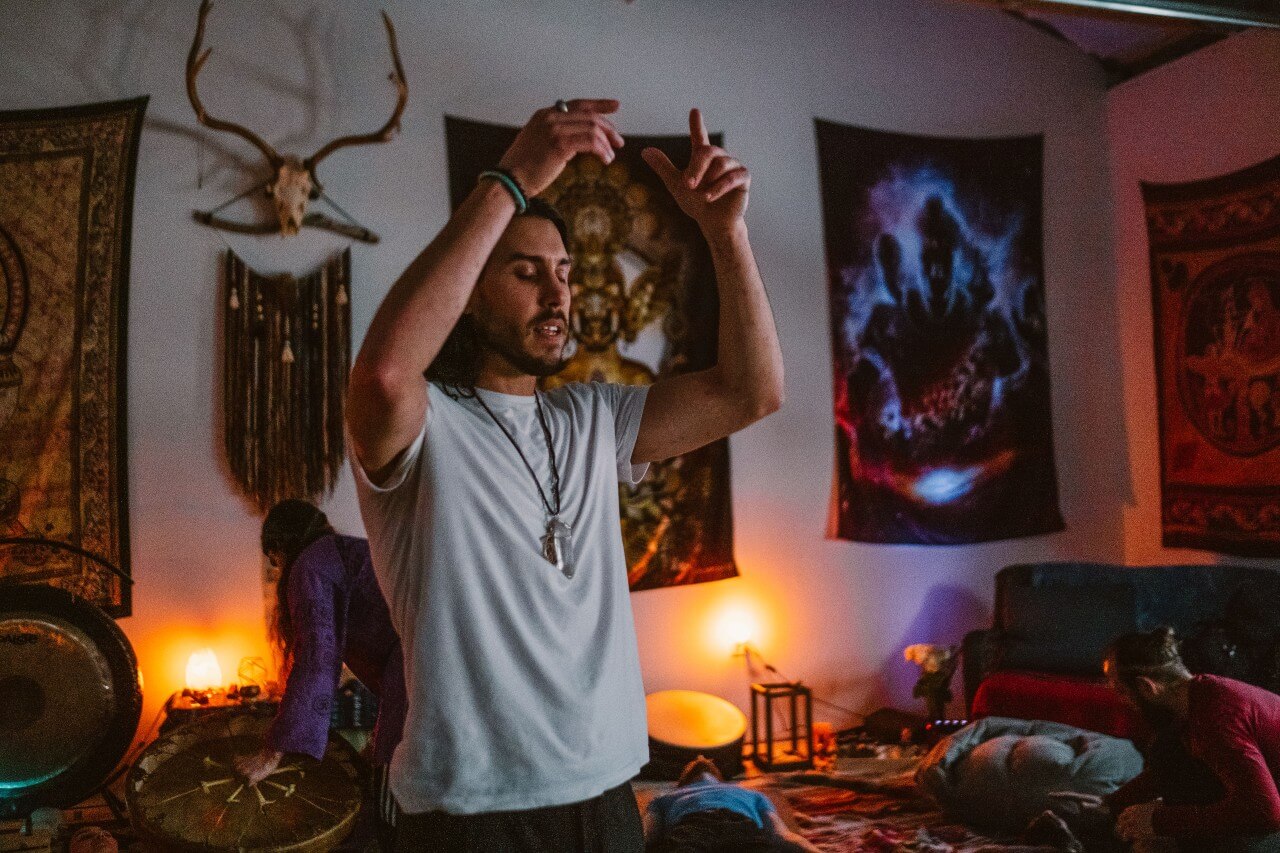 While living in a small rural village in Tanzania, Christopher August discovered what he wanted to do for a living. And it was a big change from the day-to-day life he left behind in 2014.

August, also known as “The Breath Alchemist” was working in the corporate world for years until he realized it wasn’t the life he wanted. He soon found himself at a crossroads. “I had just finished my master’s degree in leadership but decided I needed a change because my values didn’t align with what I was doing,” August says.

So he took the plunge and left his high-paying corporate job in 2014 to serve as a Peace Corps volunteer in Tanzania, Africa for two years. While living there, he went on a journey of self-discovery to figure out exactly what he wanted from life. He asked himself some of life’s biggest questions: Who am I? What is my purpose? How can I contribute my gifts to the world? Since he was living in isolation with no distractions (or modern amenities) he had time to contemplate.

“Through that natural self-inquiry, I went down many different paths from yoga to meditation to herbalism to breathwork, which is what I do now,” August says. “It’s led me down all these paths to discover deeper parts of myself.”

“By combining the power of rhythmic breathing with cutting-edge musical compositions, binaural beats and solfeggio frequencies, this timeless technology is designed to positively transform how you think and feel within a matter of a few minutes,” August says.

He describes this breathwork as “meditation on jet fuel.”  He adds: “It’s a way to emotionally heal. A lot of people who are taking these experiences have profound emotional releases where they are clearing away limiting beliefs, fears, doubts, (and) traumas.”

Due to COVID-19 rules and regulations, August hasn’t been able to hold his regular classes and ceremonies. But thanks to the power of technology, he can offer his teachings online and reach more people. “With the technology, people can now grab a pair of headphones and take a journey,” August says. “We can broadcast live journeys through Zoom. It has been a wonderful opportunity to shift into that space.”